This week we were tasked with visiting a thrift store whether virtually or physically to come up with ideas for re-purposing materials. This is something I’ve done for most of my life. Artists are masters of re-purposing whether it’s using old jars as paint containers or finding a tackle box to store art supplies. It’s a great way to save money and to reuse materials that might otherwise end up in a landfill. At first I was a little perplexed because I teach adults not children, so it didn’t seem like there were as many possibilities to do this. However, the perfect answer came to me when I was thinking about playing Jeopardy to review for exam. I have done this in the past, but fighting always ensues when relying on my judgment to see who raised their hand first to answer. I saw a system of lighted buttons that locks out after the first one was hit. It was perfect, but cost $250 for the system. As usual, necessity (and cheapness) is the mother of invention.

After a little bit of play, I realized the Makey Makey kit would be the perfect tool for creating a buzzer system. I went in search of possible ways to do this online. No one had directions for using the Makey Makey, but I did find a variety of directions for other homemade buzzers. I wanted to figure out what might work for buzzers and what I else I might need before shopping. I typically approach projects in this manner. I figure out what I might want and what might work and then hit the store. I have more success when I have a better idea of what’s needed. Luckily, I found some Staples Easy Buttons at a thrift store. There were a number of them, but I only needed three. It seemed a little serendipitous, but I’ll just be thankful that no one else was interested in them. Based on my explorations, my other idea was plastic bowls. The remainder of the items were gathered from Radio Shack as I did not locate them during my shopping trip. I figured that would most likely be the case. If I wasn’t using the Makey Makey, I would have looked for a USB keyboard to use for the processing. I found several sites that mentioned that was an option.

At this point, I went to talk an electronics instructor that I know to make sense of the electronics part it. I am not an expert on the electronics. I understand the programming part, but needed a better idea of how the electronics worked to reconfigure it to the materials I wanted to use. I showed him some of the examples I found and he drew out the below diagrams to explain how it worked. This helped me better understand some the flaws in my initial thinking and to work out how everything needed to be wired to each other. I’m at the point where I’m ready to start creating the physical parts, but need a little more time with the programming. I would like to have the ability to use this soon with my class. 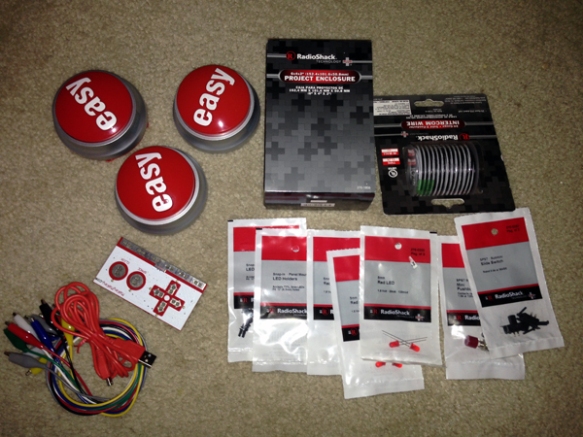 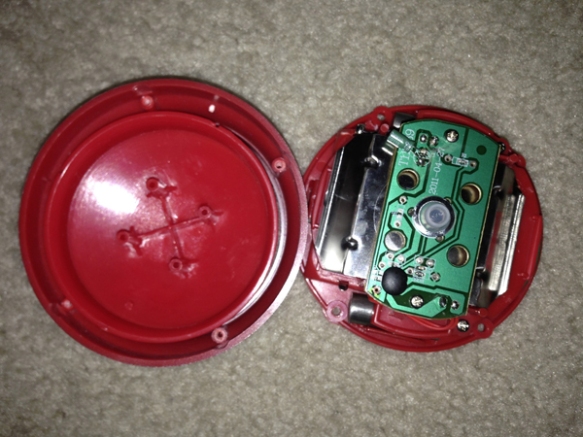 At this point, I’m still testing the specifics. The electronics instructor thought I was crazy to try to get it done in a weekend and it looks like he may be right. I will update with more specific instructions once it is completely worked out. I think this would be a great tool for teachers of all grade levels. In my past experience, Jeopardy is a great tool for reviewing for an exam. My hope is this project can help others teachers implement this into the classroom and eliminate disputes about who “rang” in first while still being affordable. Right now, the project is costing my under a $100, but I would like to reduce the price further.